Latest Post: ‘Big Numbers’ … “We had 37 groups inspect 2 Oak Grove, Malvern East on Saturday – a fully renovated family home on 740sqm with a pool.
First Post for 2023: ‘New Year, New Market?’ … “Welcome back to our first New Listings email of 2023!
Off Market: 2 Oak Grove, Malvern East… Fully renovated bespoke family home. 4-5 bed, 3 bath, 3 car on 740sqm. $3,000,000 - 3,300,000. DM me for further details.
Latest Post: ‘They don’t ring a bell at the bottom’ … “Last year was a seller’s market. A strong seller’s market. Arguably the strongest seller’s market in decades.
Latest Post: ‘Popularity Contest’ … “As Victorians hit the polls this week the property market presses on in the final run in to Christmas.
Latest Post: ‘Why median house price data are misleading’ … “The Age (Domain) published an article on Saturday, ‘The Melbourne suburbs where property values are back to pre-pandemic levels’, which cited median house price data for various suburbs whose prices are lower today than they were in March 2020… Or so they say.
Skip to content

In today’s post we continue where we left off with an explanation of Melbourne’s architectural styles. You can click here for Part I.

WWI marked the end of the Edwardian era, and the ‘interwar’ years saw a move back towards more simple, even austere architecture after the relatively opulent and ornate late Victorian and Federation ‘boom time’ homes.

The (Californian) Bungalow came to dominate the suburban Melbourne landscape for two decades and it remains as one of the most common architectural styles in Stonnington, particularly in large parts of Glen Iris and Malvern East.

Appropriated from America, the bungalow is a more rustic and rugged iteration of the Edwardians that preceded it.

The “Cal Bung” is instantly recognisable by the columns holding up the front verandah and the gable roof either front or side facing.

These detached and usually single storey homes incorporated heavy materials such as brick and stone, and often darker colours like stained timber panelling and woodwork.

During this period, houses were often set far back from the street, with curved pathways leading up to the entry, and more natural, less pedicured gardens. 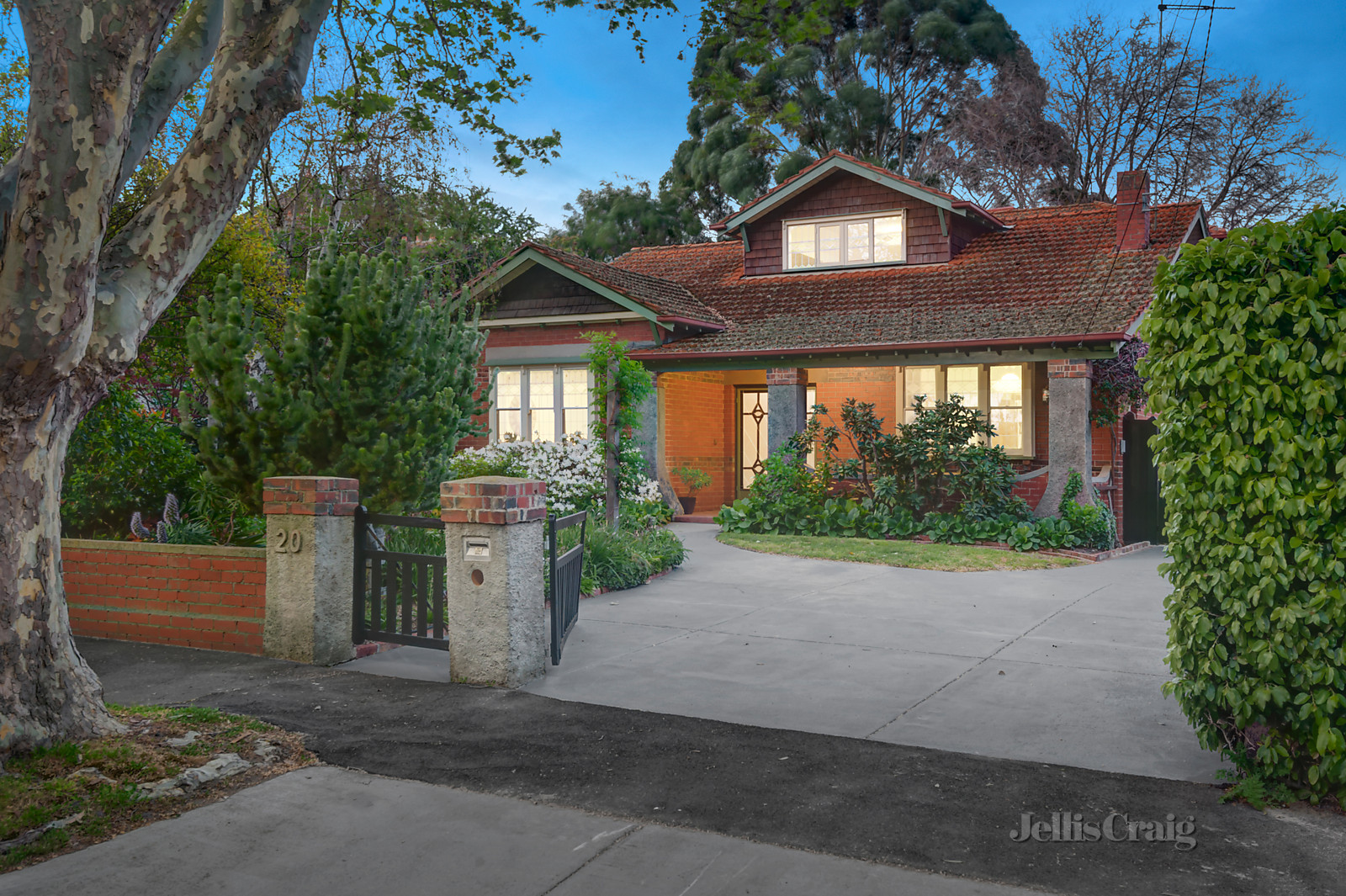 Overlapping with the period of the Bungalow, the interwar years reflect the economic stringency of the times – with simple, single storey detached or semi-detached houses and a move towards cleaner and more modern lines.

There was a lot less embellishment, ceiling heights diminished, and the homes were less grand overall. Although compared to what was to come in the 1970s and beyond, these homes now appear rather characterful and charming in retrospect.

Two of the defining styles of this period were Art Deco and Spanish Mission. 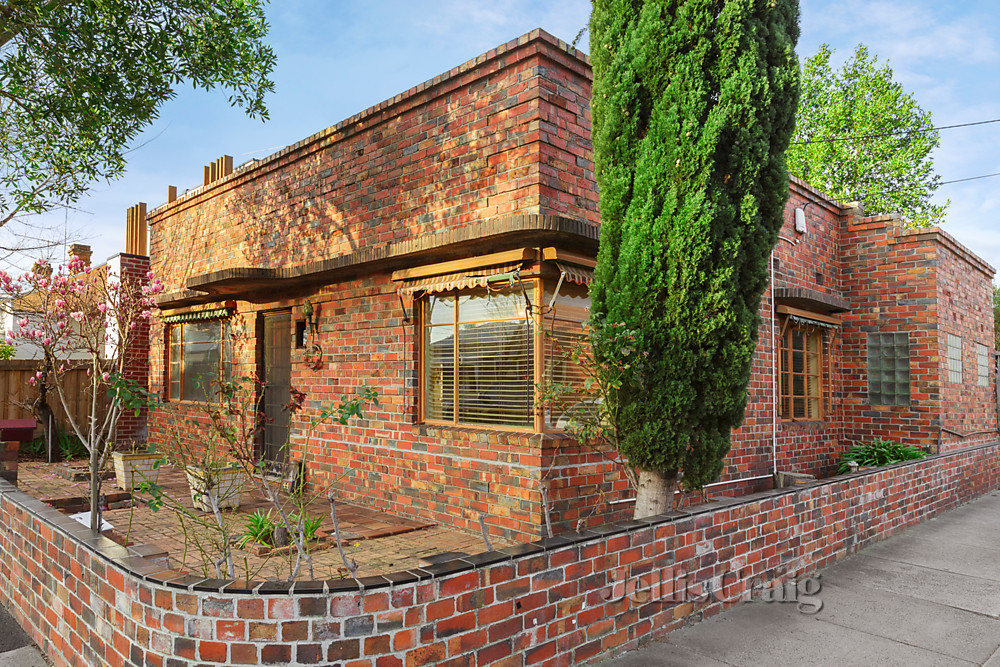 Art Deco has become somewhat of a blanket term for the modern, minimal architectural styles including Early Moderne (inspired by the German ‘Bahaus’ movement), Waterfall and Streamline Moderne.

Art Deco properties came into vogue in recent decades due to their beautiful aesthetics and charm and the solidness of the materials – internal brick walls, hardwood floors and steel frames. However, original versions aren’t always the friendliest to live in as they can be drafty, dark, cold and with small kitchens and bathrooms and floor plans that are hard to renovate and modernise. 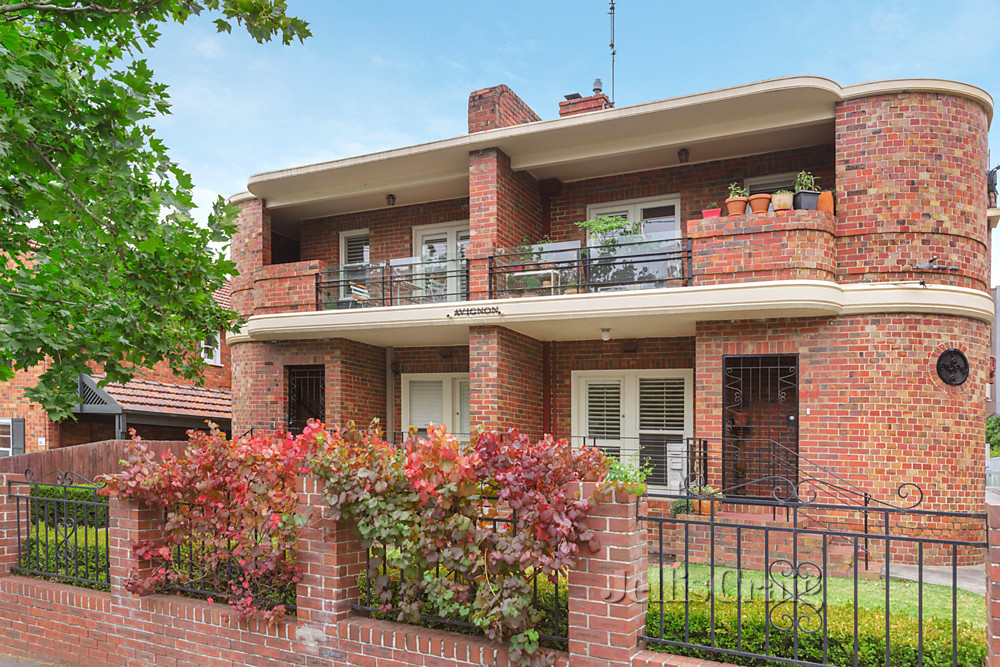 Influenced once again by America and reminiscent of West Hollywood or South Beach Miami, the defining features of Spanish Mission homes are the twisted pylons covering the front porch, the curved terracotta tiles and stucco in cream, yellow or even pink.

There are some wonderful examples in Prahran, with Jessamine Avenue coming to mind. 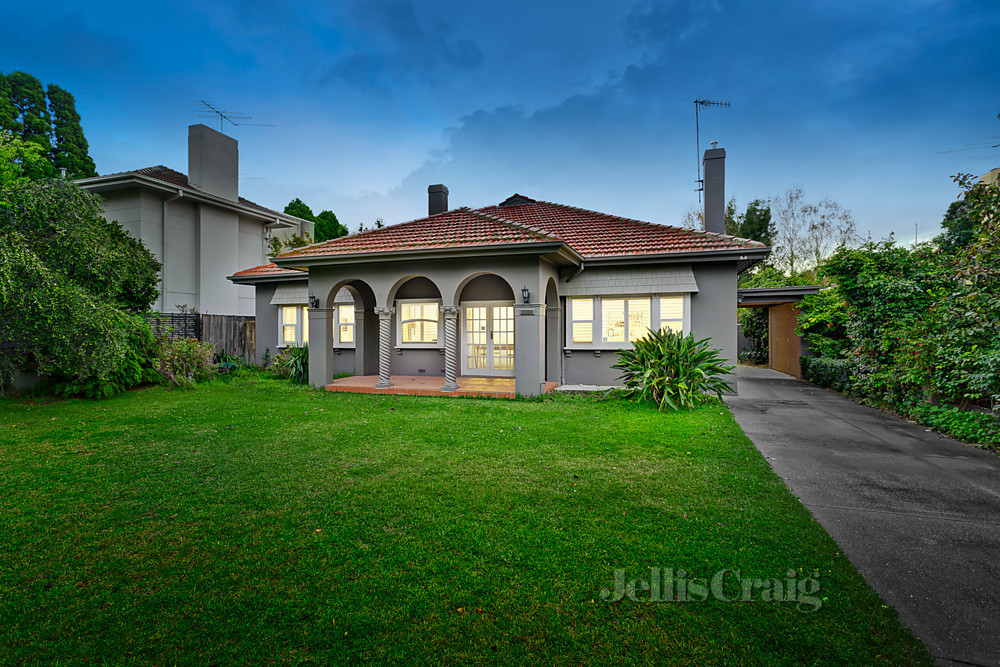 Houses grew in size and mass production and prefabrication made houses cheaper to build.

Triple fronted brick veneer homes were all the rage, with interconnected living rooms and abundant natural light from the generous use of (now cost effective) windows.

With the rise of the automobile, garages became incorporated into the home. Chimneys were still common, as were low fences and neat gardens. And plenty of linoleum.

My Nonna’s place in Fawkner is a great example, tripped up with plenty of terrazzo, a huge veggie garden, and the obligatory second kitchen (for cooking smelly stuff) in the garage.

I believe the brick veneer is currently underrated and will become more popular in the future, with younger generations appreciating the retro appeal of these modest homes with functional, generous floor plans, excellent natural light and relatively durable materials. 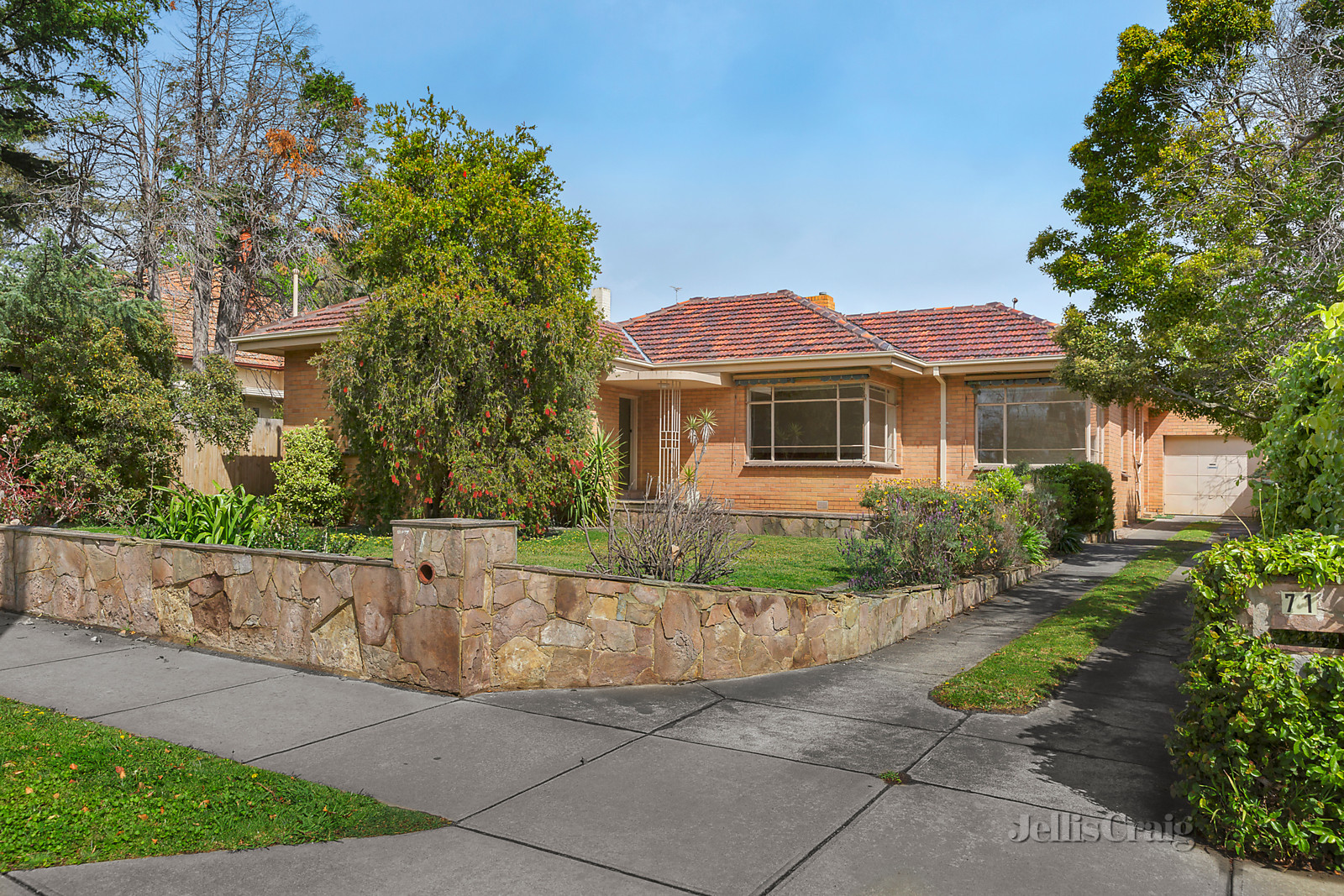 A continuation of the earlier Art Deco movement, Modernism in architecture can broadly be categorised as a move towards simplicity and open planning, geometric shapes and the absence of ornamentation.

I love mid-century modern architecture, and Melbourne has some incredible examples that are largely underappreciated and regularly demolished, regrettably.

These innovative homes, sometimes described as the ‘International Style’ were often architect-designed and meticulously built, and thus show great craftsmanship and an artistic appreciation for light and form.

In Stonnington the best examples of mid-century modern can be seen in Toorak.

I might save the more contemporary styles from the 1970s onward for another day, as there is much to discuss.

We are very fortunate in Stonnington to have so many beautiful period homes and such significant heritage architecture that simply doesn’t exist in the newer outer suburbs.

Like them or not, heritage overlays, strict planning schemes and residential height limits protect our streets from being overrun with new developments, which, by and large, are rubbish compared to their period forebears (to use the technical term). 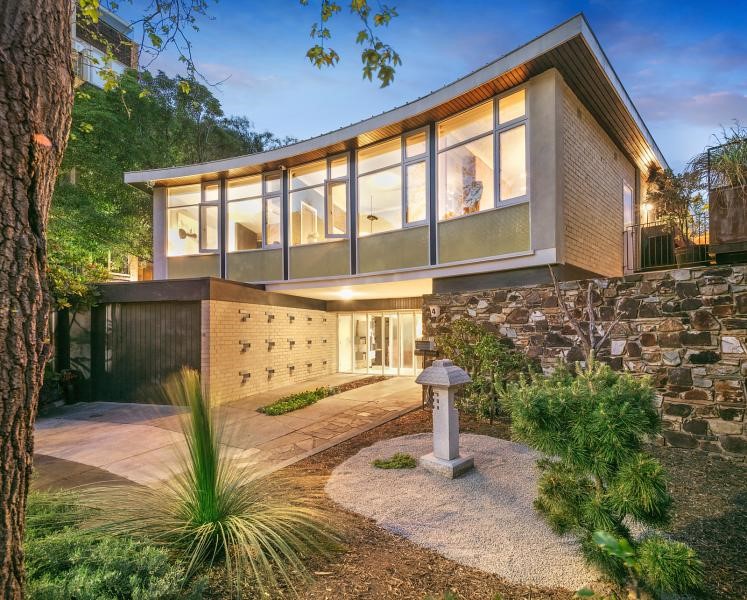 Get new blog posts delivered directly to your inbox.

View all posts by David